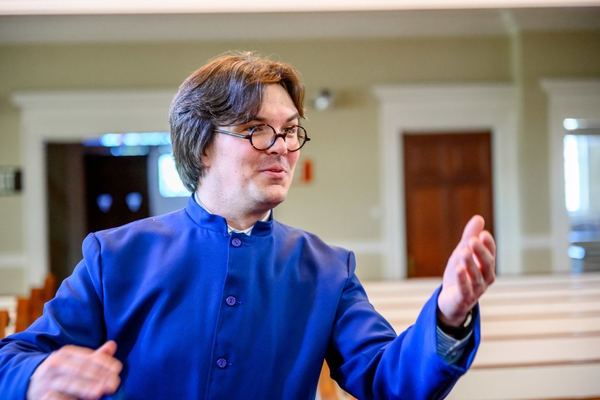 Doerries’ recent conducting engagements include appearances with the Girls’ Choir Festival of the Diocese of Leeds, UK, the diocese of Cleveland Children’s Choir Festival, and performances with the Jessica Lang Dance Company, jazz trumpeter Arturo Sandoval, the Hymn Society of the United States and Canada, the Organ Historical Society, Indiana Music Educators’ Association annual conference, National Pastoral Musicians’ Association Conference, Circle the State with Song, the College of New Jersey Chamber Singers, and Ampleforth College Choir, and at venues including the Walt Disney Concert Hall in Los Angeles, and the Meyerson Symphony Center in Dallas, TX. Doerries has led students and ensembles on tours through major cathedrals in the United States as well as in Leeds, Liverpool, London, and York, UK.

With the Notre Dame Children's Choir Doerries recorded four albums: O Emmanuel, released in the fall of 2016, debuted at #1 on Billboard's Chart of Traditional Classical Music; O Day of Peace, released in the spring of 2017, a collection of hymn arrangements; Arturo Sandoval’s Christmas at Notre Dame (conductor and producer) is a collaboration with 10-time GRAMMY winner and jazz trumpeter Arturo Sandoval; and Magnificat: Evening Prayer with the Notre Dame Children’s Choir, a collection of commissioned Vespers and Evensong liturgies.

Doerries is the co-recipient of a $1.6 million Lilly Endowment Grant for sacred music that supports the Sacred Music Academy, Notre Dame Children’s Choir, children’s Organ Training Program, and graduate studies in Sacred Music at Notre Dame. He was recognized by the Chamber of Commerce of the City of South Bend for his work at the University and in the community with the Notre Dame Children’s Choir and inducted into the 2019 class of 40 Under 40 leaders in the region.
Past presentations include engagements with the American Choral Directors Association National Conference in Dallas, the Modern Language Association, Festival 500 Choral Symposium, and a TEDx Talk in 2015 titled, What If Children Were More Than Cute? Doerries’ research on chemosynthetic deep-sea ecosystems is published in the journals Deep-Sea Research and Marine Ecology.

Doerries founded the Luminescence Project in 2004 for the composition and performance of multi-sensory music. The Luminescence Project has performed in the Philadelphia Live Arts and Fringe Festival and the Bloomington Arts Festival with additional installations mounted in New York City, Vancouver, Kansas City, and Los Angeles. Original productions include staged performances of PASSIONATE CONVICTIONS, an electrified rock oratorio based on JS Bach's St. John Passion, and Dreaming in Darkness, a vocal music and light-art production.

Doerries previously served as the Director of Choral and Vocal Music at Olney Central College and as Music Director of All Souls Unitarian Universalist Church of Indianapolis before his appointment to the University of Notre Dame.

Mrs. Villano proudly serves the Sacred Music Academy as an administrator and director to promote the program's mission of empowering young people to lead the revitalization of choral sacred music. She believes in the extraordinary power of young voices to impact the world and build a community of hope, joy, peace and understanding.  Through her years as school teacher in both public and private settings, Mrs. Villano has shared her love of music and singing with thousands of children across the country.  She earned a MA in Elementary Education from the University of Colorado at Boulder and a certificate for instruction of mild to moderate disabilities through the Alliance for Catholic Education at the University of Notre Dame.

As a vocalist, she has sung in numerous choirs across the country and for many years performed, toured, and recorded with Ars Nova Singers in Boulder, Colorado. She began her studies in voice while earning a degree in Political Science at Columbia University in the City of New York. She regularly performs in the area with Collegium Musicum, Concordia in the Sacred Music Program at Notre Dame, Basilica Schola, and has sung with the Ancilla Community Choir, the Basilica Community Choir, and the South Bend Chamber Singers. Mrs. Villano also serves as a Cantor at her church in Granger.

Mrs. Villano's most favorite sound is hearing children sing! She is proud of her four very musical children and is married to Dr. Michael Villano, research professor in the Department of Psychology at the University of Notre Dame.

Cynthia Berryman has been teaching vocal and instrumental music from preschool through university for nearly three decades. She is certified in Orff-Schulwerk music and has additional training in Kodaly and Dalcroze techniques. She is currently teaching music at Marian High School in addition to teaching classes at The Music Village in downtown South Bend. Her previous teaching includes high school choir, swing choir, and band; K-8 Orff-Schulwerk music and band at St. Joseph Grade School, South Bend; and music education adjunct teaching at St. Mary's College, Notre Dame. She has a B.S. in All Area Music Education from Ball State University; additional training from VanderCook College of Music, Chicago, and Westminster College, Oxford. Berryman recently completed a masters' degree in Music Education, with an emphasis on fine arts integration and literacy, through Anderson University.

Trevis Young is the Campus Minister for Liturgy and Music at Saint Mary's College, Notre Dame, IN, he previously served as the Director of Music at St. Paul’s Episcopal Church, La Porte, IN. Prior to moving to South Bend, Trevis lived in Clemson, SC where he served as Director of Music for Clemson United Methodist Church, and was the principal accompanist for the Department of Performing Arts at Clemson University. Trevis studied organ performance at Wartburg College in Waverly, IA where he earned a B.A. in music. After considering a career in organ building, Trevis decided to continue his education and earned a Master of Church Music degree from Erskine Seminary in Due West, SC. Trevis has been actively serving as a church musician for over 11 years. He enjoys collecting watches and fountain pens, and spending time with his wife and two young boys exploring the Michiana area.